LHV pension funds purchased the office building at Sõpruse pst 157, which is one of the greenest commercial buildings in Estonia.

“In an environment characterised by a war in a nearby country, uncertainties regarding the availability and price of energy and downward trends on stock markets, rental properties are one of the pillars of the stable yield of LHV pension funds,” said Manager of LHV Pension Funds Kristo Oidermaa, explaining the background of the investment.

The office building, which is located at Sõpruse pst 157 in the Kristiine District of Tallinn, was completed in 2015. It has more than 2,500 m2 of rental space. The anchor tenant of the building is the well-known IT company Proekspert AS. The investment is made jointly by LHV pension funds M, L, XL and Green (Roheline). While for the rest of the actively managed LHV pension funds this is just another investment among many, it is a first for LHV Green pension fund, established as recently as 2020. 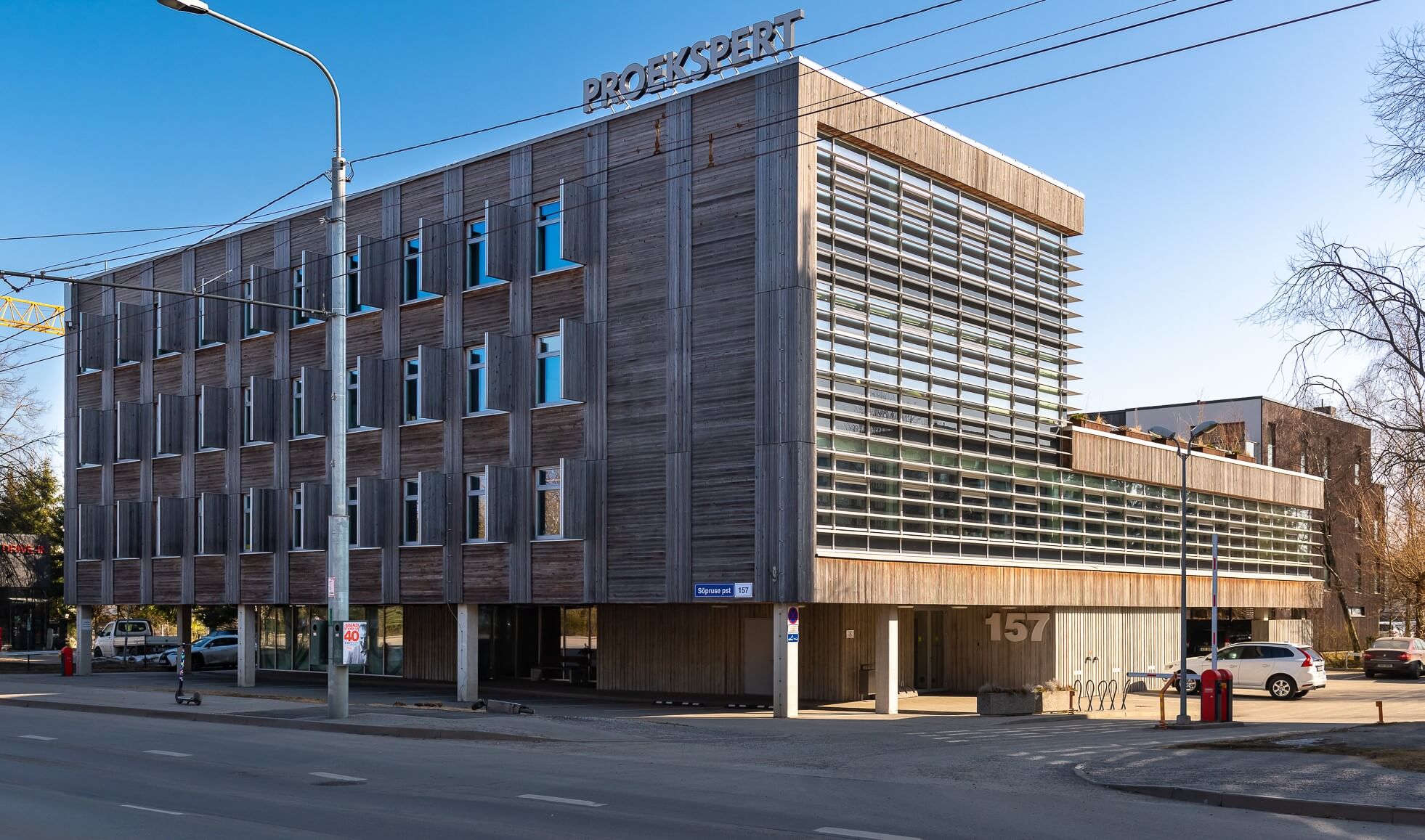 According to Head of Real Estate Investments of LHV Pension Funds Rait Riim, the property stands out from the rest of the office buildings in Tallinn for its green solutions. “It has been developed following the principles of the Green Building concept, which makes it one of the most sustainable commercial buildings in Estonia. The building gets the energy for its heating and cooling systems from underground energy piles and electrical energy from the solar power station on the roof. In order to reduce the need for cooling, the windows are equipped with window shades and blinds to protect against sunlight. Additionally, the building uses rainwater collected from the roof of the building as flushing water in the toilets. The sustainable solutions help to keep the incidental expenses related to the use of the building considerably lower than usual,” Riim added.

According to Manager of LHV Green Pension Fund Joel Kukemelk, Estonia lacks sustainable real estate developments and in a changing world, the demand for such buildings is rapidly growing. “The building at Sõpruse pst 157 developed by Hepsor real estate company was one of the main reasons why LHV Green pension fund participated in last year’s share issue and we are extremely happy that one of Estonia’s first and to date few green office buildings is now part of our pension funds’ portfolio.”

The value of the real estate portfolio of LHV pension funds has increased to more than 85 million euros after the acquisition of the office building at Sõpruse pst. Additionally, the pension funds own the office buildings on TalTech University Campus at Akadeemia tee and at Tartu maantee in Tallinn, a production building at Taevakivi Street in Lasnamäe, three stock office-type commercial buildings near the Tallinn roundabout in the small town of Jüri and 409 rental apartments in Tallinn and Riga.

The purchase transaction of the building at Sõpruse pst 157 will be concluded once a permit has been received from the Estonian Competition Authority. The parties will not disclose the price of the transaction.