The wine bar Vein ja Vine in the centre of Tartu, on Rüütli street facing hotel London, has claimed the hearts of the people of Tartu. Driven by its success, the owners of the wine bar took out a micro loan and acquired this year the legendary Vilde cafe, now going by the name of Vilde ja Vine.

In 2010, the three friends Urmas Rootsi, Martin Laiapea and Assar Jõgar decided to open the wine bar Vein ja Vine. It was Urmas who instilled the idea in the others’ heads. His wife hails from Lithuania. “There are lots of wine bars in Vilnius,” Urmas explains. What especially attracted his attention was a highly popular place in Vilnius, always packed with people – due to seating shortage, patrons would enjoy wine and snacks standing, resting the wine glasses on window sills while enjoying themselves fully and being happy.

A search for premises started, turning out to be a hard nut to crack. Six months passed until in early 2011, the friends found suitable rooms in Tartu, on Rüütli street. Although the place was a wreck, as soon as they had stepped into the building, everyone felt that this was a place with the right atmosphere. Another four months were spent on renovations, until the wine bar Vein ja Vine opened its doors in late April 2011. The venue became instantly popular, as already the rehearsal opening with invited guests saw a great number of interested would-be patrons, of whom none were turned away at the door.

What is the secret of success? “The owners, we have a good gang going,” Urmas and Assar say. Today, the owners’ circle has a more recent addition – Mihkel Oras. Everyone is doing their own thing in the company and one of the owners is always working at the bar. “We have a simple business going on, we are not trying too hard,” says Urmas. Served with wine in the bar are snacks, antipasti, and warm sandwiches. There is no kitchen.

The men also import wines, sold only in their bar. They also want to be the only ones in Tartu to provide wines procured by others. Their wine selection is always rotating and there are no printed menus. “The wine shelf is our menu,” Assar says. In winter, wine training is provided and there is also a wine club. “Interest in wine is huge and ever-increasing,” he adds.

Inspired by their experience so far, the friends took over the Vilde cafe in Tartu this year, financed by the LHV micro loan. The idea was to combine the radiance of Vein ja Vine and the kitchen of Vilde. The takeover was followed by large-scale renovations with the interior being replaced. Daily specials are offered until 2 p.m. and from 6 p.m. onwards à la carte is on the table. Vilde ja Vine employs 28 people. Up to 200 daily specials are sold every day. Exhibitions, concerts, and performances are organised on the venue. On top of that, the friends organise external events and provide catering services. A wine festival is organised in cooperation with the City of Tartu.

Micro loans are undoubtedly the easiest and quickest way for companies to take small loans. Normally, loans are taken for small investments. The average loan period is four years with the average loan amount 15,000 €.

For more information about the micro loan, click here. 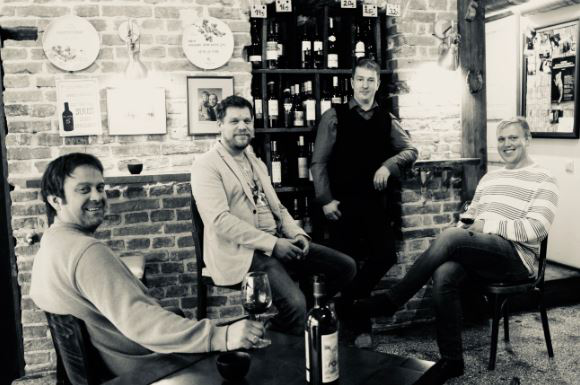