Your five options to save for pension

To join the second pillar

All of those who have not joined the second pillar can do it starting from 2021 and start saving for their own pension tax-effectively. Before taxes, 2% of your gross salary is reserved for your personal pension account and the state adds further 4% out of your social tax. You will be able to decide on the use of your pension savings in the future. Among other things, you will be able to take out the money in a lump sum at a tax rate of 10% in the future or if you divide the payments across your expected life, at a tax rate of 0%.

To continue with your existing second pillar pension fund

In that case you do not have to do anything and the pension fund will continue investing your money just like before. This option is suitable for a client who likes the current system and wishes to save for the future, leaving the task of growing the money to a professional management company.

To take advantage of this option, you need to conclude a contract to open a pension investment account. This option is suitable, above all, for those who wish to invest their pension funds or a portion thereof on their own and have the required knowledge and skills for it.

To use this option, an application can be filed as of 2021. It is meant for a person who for some reason no longer wishes to save money to the second pillar of the pension system over the next ten years but wishes to keep the savings for the retirement age. You should take into account that in such an event the state will direct the share of 4% of your social tax to the state budget, instead of your personal pension account and you will be able to return to the second pillar of the pension system only after ten years.

To stop saving and take out your savings

To use this option, an application can be filed as of 2021. It is meant for a person who has a clear plan to cope in the future and to invest money on their own or who has reached the retirement age or is close to it and wishes to get their savings right away. Take into account that you can withdraw the funds only in a lump sum, will have to pay income tax at the rate of 20% on it and will not be able to return to the system for a period of ten years. Your social tax will be directed to the state budget.

Withdrawal of the pension savings or investing them on your own is not an obligation but an option. Make decisions regarding your future once you have thoroughly considered all of the options. There is time.

If you consider withdrawing your funds

What and when do I have to do if I want to withdraw my funds from the second pillar?

It is a very important decision that should be given thorough consideration.

Applications for the withdrawal of money from funds can be filed as of 1 January 2021 and money can be obtained from the fund as of September 2021. The entire savings are paid out in a lump sum and it is subject to income tax at the rate of 20%.

When you take money out of the fund, you will lose the opportunity to save money in the second pillar for ten years and 4% of the social tax paid on your salary will be directed to the state budget instead of your personal pension account.

Can I file an application for the withdrawal of the money later?

What taxes do I need to pay upon withdrawal of my pension assets?

If you take out the money before reaching the retirement age, you have to pay income tax (20%) on the amount saved. Once you reach the retirement age, you will get money from the second pillar on more favourable conditions: 10% income tax in the event of a lump sum or zero tax rate if you conclude a lifelong pension or long fixed-term pension contract whereby the money is divided between years left to live based on the average life expectancy.

What will become of my second pillar assets if I do not withdraw them and die before reaching the retirement age?

The assets of the second pillar can be bequeathed. The funds saved into the second pillar over the course of your life will transfer to your heirs. The estimated first pillar pension calculated on the basis of the social tax paid to the state budget is not bequeathable.

What does the 10-year ban mean?

The state temporarily suspended the payment of its 4% portion for 13 months from July 2020 to August 2021. The state’s 4% portion is repaid retroactively along with the yield between 2023 and 2024. Am I entitled to compensation when I will withdraw the funds before the compensation starts?

If you leave the second pillar before the compensation, the state will pay the amount to be compensated at the moment of leaving, based on the contributions made during the period (as of July 2020) by the person themselves. The loss of return will not be compensated in this case.

Can I withdraw a portion of the money?

If I wish to withdraw money from the second pillar and put it into the third pillar, will I get an income tax refund?

If you prefer continuing saving

Will the saving of money in the second pillar affect the size of my first pillar pension?

If you put money into the second pillar, a portion of the social tax paid for you (4 per cent) will go to your second pillar. As a result thereof your imaginary rights under the first pillar will be smaller. However, keep in mind that the size of the first pillar is considerably affected by the demographics of the Estonian population, i.e. the ratio of employed people and people of the retirement age as well as the economic situation of the state. The second pillar savings are a person’s personal pension savings and these depend on the long-term yield of the chosen pension fund and on the contributions made, but not on how many pensioners will be in Estonia in the future.

If I continue saving into the second pillar, will the state contribute its 4%?

Yes, the ordinary 2%+4% system will continue once the state’s contributions have been restored starting from September 2021.

If I leave the money into the fund, will the price of my assets decrease if many people decide to withdraw their pension funds before the retirement age?

The management companies have taken into account various scenarios and keep sufficient liquidity to be able to make all those who wish disbursements from the funds so that it does not affect the size of the assets of those people who continue saving for their pension.

If you consider investing on your own

How can I invest my pension assets myself?

In September 2021, you will for the first time be able to invest your pension funds on your own by transferring the funds saved into the second pillar by then to your personal pension investment account (PIA). Thereby you can choose whether you wish to transfer to the PIA all of the money gathered into the second pillar or merely a portion thereof. You can submit applications for the transfer of your pension fund savings to the PIA as of 1 April 2021.

If you decide to stop investing on your own via the PIA, you can transfer the funds there back to second pillar funds.

Upon transfer of pension assets out of a fund to the PIA and vice versa, you are not subject to the income tax obligation because you never leave the second pillar system. Investing via the PIA should be considered only by those who have the required knowledge and prior experience with investing on their own.

Will my assets in the pension fund be safely hidden from enforcement agents?

I am about to reach the retirement age. What new choices do I have? 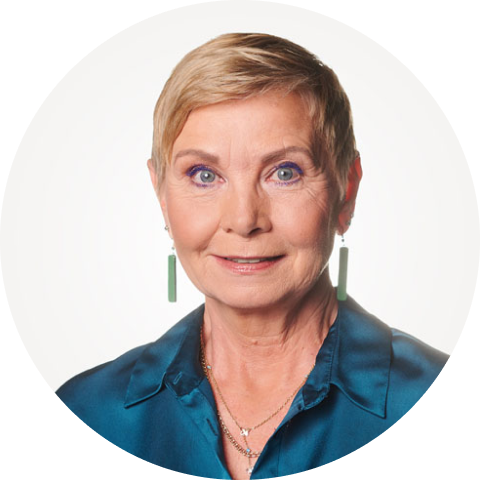